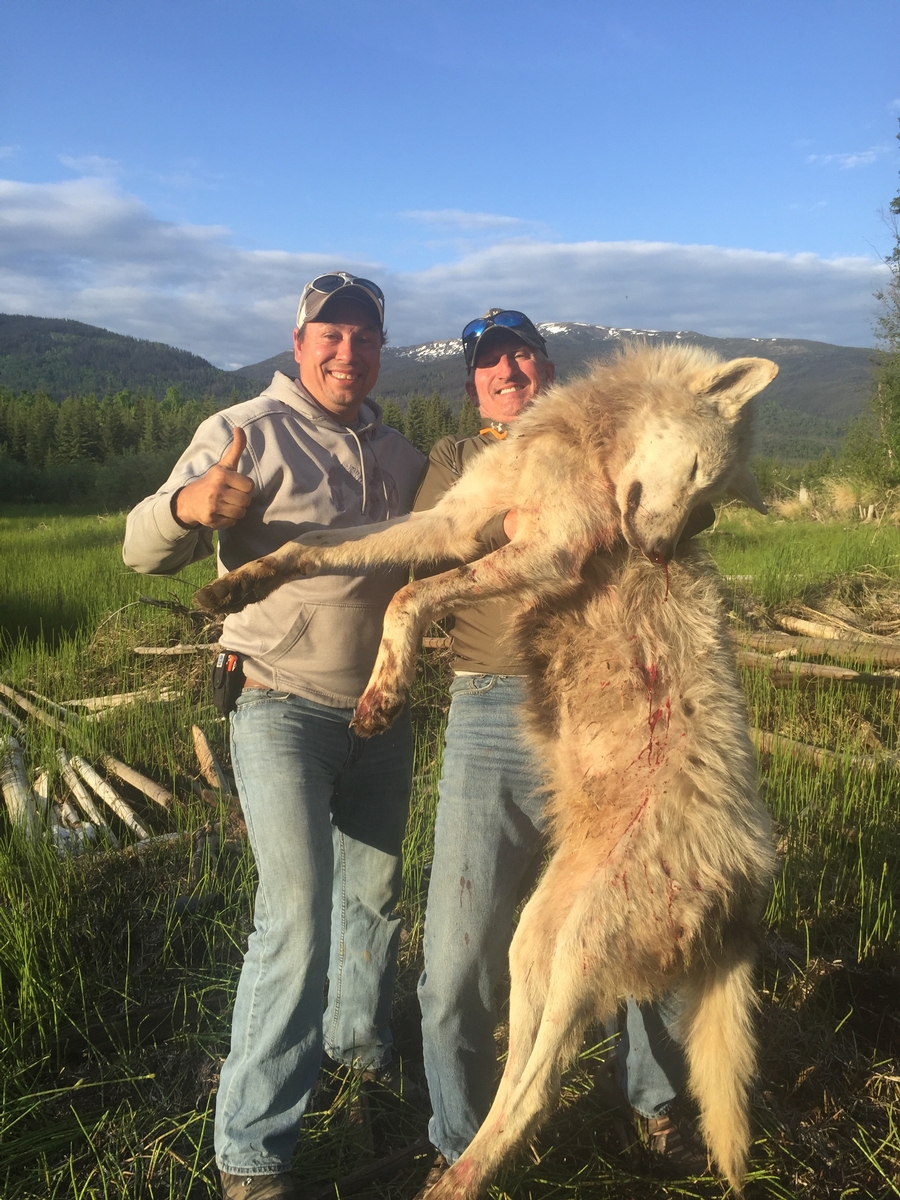 The North American grey wolf is one of the toughest most elusive animal of the north American species, ranked as the number 1 toughest animal to harvest or even see for that matter. In many cases it takes years and many hunts to harvest your first wolf, living in deep forest and river banks the wolf is rarely seen let alone harvested.

The cold winter months of January February and march are the best time to hunt the Wolf, this is when the snow is deep and finding deer and elk moose and caribou is the toughest for the wolf, so this is the best time for us to set up feeding sites for them to come too. The use of roadkill or meat scraps from butcher shops are the best bait to bring them into remote exclusive areas where they think they are alone and wont be bothered. The wolf has a sixth sense like no other animal and relies on ravens and other birds as a sense of intrusion. If your heated blind is hidden and there is no movement the crows and ravens will be on the bait sites crying out and when the birds are the loudest it's the best for us hunters as this is a perfect call for the wolf, letting him know there is a kill or meal waiting for him.

The wolf varies in color from white to black grey and all in between, usually a 110-140-pound wolf is the cream of the crop, but any wolf harvested is a good wolf.

Our hunts take place in Alberta and British Columbia, there is a huge abundance of wolves in both provinces, but harvesting them is another story. Patience is the key to harvesting a wolf. Call us for your next wolf hunting adventure.