These chamois hunts are a true mountain hunters quest, living in some of the most remote areas of Spain and France, they are very small in size compared to any other capra animals, having 7 different types of chamois around the world, it is super exciting to have some of the best hunting in Spain to offer two of the species here, We here at GBO have harvested both species and wouldn’t ever turn down the offer to go back to hunt them again, very affordable mountain hunt that offers the challenges that any other hunt does.

You will be hunting with myself, Pat Garrett on all of these Spain big game hunts. For questions on these Spain hunts, call me directly at 1-780-621-7989

Book Your Hunt with Pat Garrett

The sub species of chamois resides in the Cantabrian Mountain Range in the North of Spain. The hunts is somewhat challenging as the terrain is mountainous within the game reserves. The Cantabrian Chamois is similar to the Pyrenean Chamois but slightly smaller in size. The sub species can be difficult to differentiate, although our professional guides will have no problem finding you a magnificent Chamois Trophy. 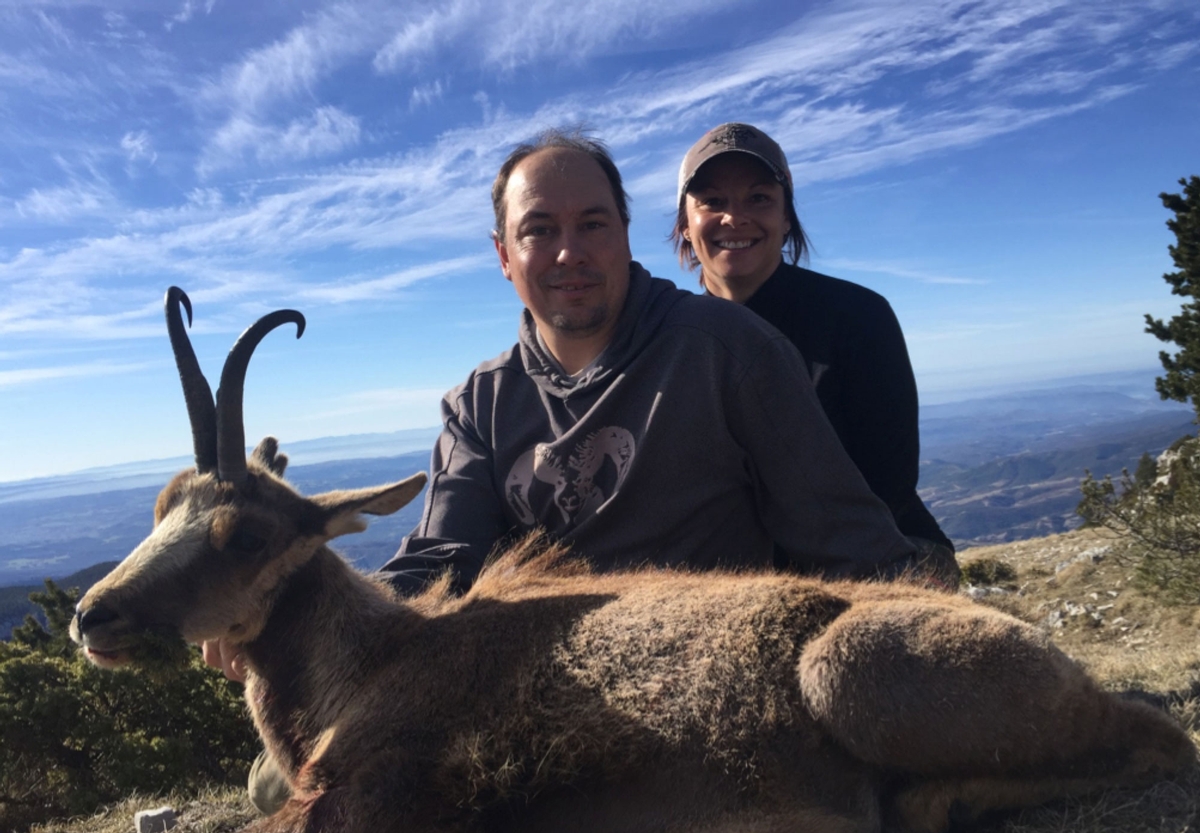 The Pyrenees Mountains of Spain hold the elusive Pyrenean Chamois Sheep. This is one of the most exciting hunts in Spain and the area holds a healthy population of trophy rams. The Pyrenean sheep are slightly larger than their cousin the Cantabrian sheep, with impressive horns in the shape of a hook.

Land belonging to the Catalan and Aragonese Pyrenees, in the provinces of Lleida and Huesca you can find Pyrenean chamois. By other hand, Cantabrian chamois is founded in Cantabrian mountain chain, in front of Cantabrian sea, in Cantabria and Asturias provinces. The hunting area is at least 4 hours from Barcelona and Madrid airports.

The chamois is the smallest of the Capra species and has perfectly adapted to its way of life among the steep mountain sides. It has soft hooves that allow it to stand firmly in this habitat. In warmer seasons chamois’ coat is light brown, while in winter it’s coat becomes very dark and thick. The black and white markings on its head are the most characteristic features of the chamois.

While both sexes have horns, just like the north American mountain goat which curve backwards, the ram’s horns are thicker at the bases and more curved than the ewe’s.